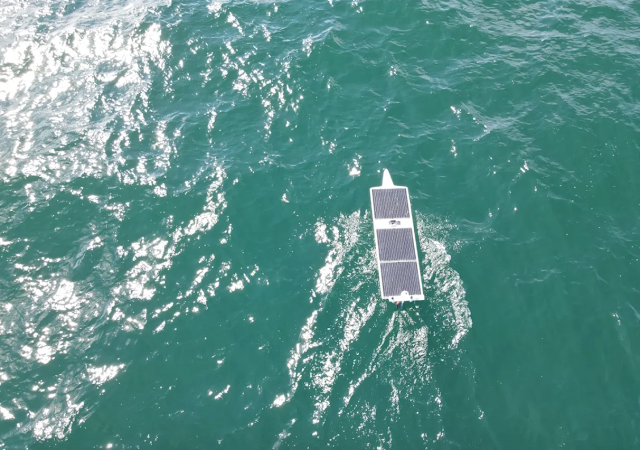 no matter what you call it... they are the Robots of the Sea!

It is an excited aspect of robots. Here is some recent news in the realm of marine robotics...

Make Magazine has a nice write up on a group of Makers the had an interest in building a sailing robot to cross the Atlantic Ocean.  Their hopes and dreams lead to projects, hometown support, and eventually - a robotics business.

From the article, you see that they have formed a robotics startup in San Diego named Seasats.  seasats (https://seasats.com/)

good luck to them!  I can add them to my list of other startups in the same space. In fact, It has been about 18 months since my original post on offshore robotics companies.  How are they all doing now?

Ladon Robotics - formerly the Ladon Project, might be getting off the shore again. They recently received a Innovation grant from the NSF for autonomous cargo delivery.  Keep an eye out for updates. 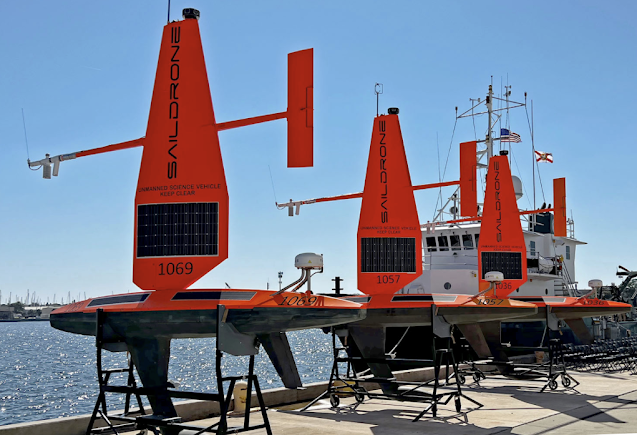 SailDrone - Well, they are a BIG thing now.  have a read of their current mapping HQ.

Ok, this is officially an industry!  These guys SailDrone didn't exist a few years ago. now they have huge contracts with NOAA and the State of Florida.  Their drones are about $500k apeace!

well that takes us to...

Liquid Robotics (a Boeing Company). They too are growing, and performed a large survey for Japan.

Offshore Sensing - seem to still be making business. Their website has great information, but does not have much upto date on missions.  They do seem to have many international sales offices.  As an example, while in spain, this site came up on their website: Grafinita.

Teledyne Marine - The makers of the most impressive underwater low energy vechiles the Slocum Glider. Now has a page for Teledyne Autonomous Surface Vehicles. It looks like this side of their business is not quite as fully developed (as the slocum) but at least in the Market. Interesting, maybe they are just a little too large for this specific innovation.

Rest of the World:

so, where are their European counterparts?  who is selling to the UK, Ireland, France, Spain, etc.... (!)  Are the Japanese doing this? what about the south China sea?

ecomarinepower - has an ASV. They are a Japanese based company.

Maritime Robotics - has a number of solutions.  The Mariner (offshore), The Otter (sheltered waters)

In the totally not evil (military) categories...

Utek - from Spain, mostly USV.  And mostly having a big machine gun mounted on a zodiac. Totally, Not Evil...

L3Harris - with the their C-Worker 5 ASV, it is one of a fleet of ASV. Also with great navigation software.

Market:  according to a market analysis report the market players for USV from 2020:  note, most of these are fro Military applications. (Totally Not Evil...)

of course this is missing the ones mentioned above, such as Sail Drone and Seasats.

And where did Dan McMillon, from my original post the guy that built the robot that naviated from California to Hawaii, and on to New Zealand, endup?  looks like his own (happy) startup. ;) Blue Trail Engineering. Engineering advice and products for Marine Robotics. Way to go Dan!

And for submersibles, this is still super awesome Hydromea.  Ah, swiss innovation... truly robotics leaders in their own rights.  I just wish I had the backing of an institution like ETH Zurich!

That is all for now, stay posted for more updates in the USV / ASV robotics world!
Posted by Düsseldorf Doug at 3:17 PM